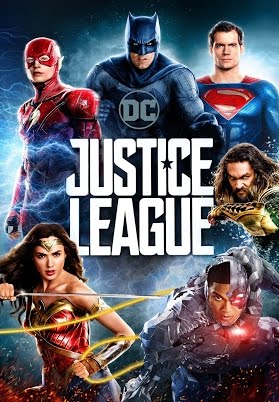 Stories speak to our souls.  But what do they say? Each is unique, but every story told by our bedsides as children, written in the pages of our favorite books, or shown on a screen appeals to us as humans at the level of our desires, capturing something of the hidden needs of our nature. I believe this is because there is a God above, One True God of love, justice, and creativity, who made us in His image and is writing us into His own story, one which we get to help shape and form as primary actors. Naturally, He then speaks to us through story.

With that in mind, I begin this, the first of a practically endless blog series, in an attempt to decode for all of us the divine messages buried in the most popular stories of our day:  Movies. First up on the list: The Justice League!

This newest installment in the DC Universe takes its audience on a roller-coaster ride of action like most other films in this genre, following Batman’s mission to create a league of heroes with the power to stop an all-consuming evil soon descending upon the earth, namely Steppenwolf, a demi-god-esque entity seeking the power to rule the universe. This, perhaps, is one of the first things worth mentioning. Why do we love action? Why is conflict, inner-turmoil, and even war, a necessary component to so many of the stories we enjoy? If these things show up in our own lives in too high a degree, we fear and even hate it. So what gives?

I submit to you that we crave action and conflict because we know, deep in our souls, that what the bible says is true, “We do not wrestle against flesh and blood, but against rulers and authorities, the cosmic powers over this present darkness.”(Ephesians 6:12 ESV). There is an all-out war going on against spiritual forces that we cannot see, and we are born into it, even, in a sense, born for it, but are unaware of our role, and so we live in ignorance, much like the characters of the 1990’s film The Matrix, many of whom choose to live unaware of deeper realities because they fear it so deeply.

The trouble is, we do run into these forces that wage war against us, and we do, like them, all have special characteristics built into who we are that will help us to achieve victory together, but unlike the members of the Justice League, we do not put a face to our enemies and face them head on, and so we lose – miserably and often. Imagine, for a moment, if Batman had seen the alien enemies entering his city and had simply turned around and gone home to his mansion, sipping a drink to forget his troubles, denying that there was an attack. If, instead of seeing the servants of darkness descending on his city and responding with a plan of defense, he had done something so cowardly, then not only his own personal world but also the world around him would have fallen to ruin.

Now, you might say to yourself that the individuals in the movie are different: they have the ability to respond to the threats against them and win. However, even in that thought there are hidden assumptions that somehow they will be enough and that they know this about themselves. The movie itself denies this idea, as the characters often debate their inability to rise to the challenges before them, with Aquaman even engaging in a vulnerable monologue later in the movie about how he expects them all to die before they ever reach their main objective. These “heroes” are just like all of us, made in our image, and, therefore, completely uncertain as to whether they are ever enough for the tasks before them. And yet, its OK.

In stories like these, somehow, against all odds and their own doubts, the heroes achieve victory.  The thing is, God knows our weaknesses, and that is why faith in Jesus is so unique among the faiths of the world. Jesus does not propose that somehow we can overcome all that stands against us by pulling ourselves up by our bootstraps and trying. No, He admits our inability to change, and comes to earth to live in a way none of us could live, to be the person we all wish we could be, to gain the victory none of us could win. He then offers that to all of us as a free gift, to be received by faith in who He is. If we can trust Jesus with our lives, He will win the victory for us, and in His power that made the universe, He will transform us into new creations that can overcome the world around us.

That is the hope for which we all strive in our own lives. We hope that, despite all appearances to the contrary, we will one day have a good ending to our own stories. We hope this because, “God has set eternity in our hearts” (Ecclesiastes 3:11). He has a plan, and it’s end is victory. At the end of the Bible’s story, it tells us “Behold, I saw a new heavens and a new earth…And I heard a loud voice from the throne saying, ‘Behold, the dwelling place of God is with man. He will dwell with them, and they will be his people, and God himself will be with them as their God. He will wipe away every tear from their eyes, and death shall be no more, neither shall there be mourning, nor crying, nor pain anymore, for the former things have passed away.'” (Revelation 21:1-4). God wins, He wants people to win with Him. We all desire this, though we may not be willing to put our faith in Him to bring it about.

Regardless of whether we believe it, however, God has made a way for every person on earth to become a part of that time of everlasting victory. His plan was revealed finally 2000 years ago, as the word says “God has now revealed his mysterious plan regarding Christ… And this is the plan: At the right time he will bring everything together under the authority of Christ—everything in heaven and on earth.” (Ephesians 1:9-10 NLT) Like the story of the Justice League, victory is guaranteed despite what we see, and like their team, we achieve victory together. God intends to unite all people together through belief in Jesus, so that they can become one in Spirit, united to save the world in His name. This is the true, biblical meaning of the word “church”, and is one of the deepest desires of our hearts that resonates with movies like these filled with fellowship, valor, and hope. We, too, can be a league of justice, each of us a valuable, diverse member of the body of Christ, carrying out God’s work on the earth under His authority and with His power, saving lives from darkness as part of His plan to redeem all things!